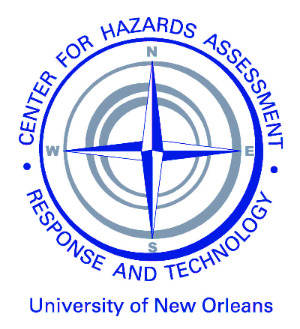 The City of New Orleans enlisted UNO-CHART to improve the evacuation of the vulnerable populations in the city, defined broadly to include those who are not able to access or use the standard resources offered in disaster preparedness and planning, response, and recovery. To do this, UNO-CHART analyzed the Regional Transit Authority (RTA), the City Assisted Evacuation Plan (CAEP) and Special Needs Registry databases, conducted a literature review of risk communication best practices, reviewed ready.nola.gov for content and readability, conducted a social vulnerability analysis of the Evacuspots, conducted interviews and focus groups with vulnerable populations in the City of New Orleans, and evaluated the CAEP full scale exercise.

UNO-CHART conducted these analyses in order to examine the transportation needs of vulnerable populations on an everyday basis and during a disaster event, and how the city’s services currently meets those needs. The project team discovered that while many members of vulnerable populations use public transportation on a daily basis, there are issues with obtaining transportation during a disaster. The issues stem from a lack of resident knowledge about the City Assisted Evacuation (CAE) process, locations of Evacuspots, accessibility and cultural competence of the CAE, and trust in the city to effectively bring vulnerable populations to safety. Residents detailed many different ways the city can build on the past to create community solutions. The following report details recommendations for how to make residents more aware of the CAEP, make Evacuspots more accessible, better plan for the city’s most vulnerable, integrate cultural competence into the CAEP, and build trust in self-reliant populations.

This report was prepared for the City of New Orleans.